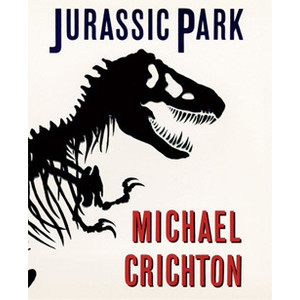 I don’t know why I ultimately picked this novel up to read. The movie came out when I was only eight years old, and it scared the bejesus out of me. Why my parents thought I wouldn’t have nightmares after a movie with giant, carnivorous beasts that rip unsuspecting children out of cars, is beyond me.

I suppose I made it past that childhood fear of dinosaurs (now that I’m 32, or is it 33, I lost track after 30 – it really doesn’t matter until 40 anyway), and decided to read the book that sparked the movie phenomenon. Man, I was happy that I did.

Michael Crichton’s creation of the theme park known as Jurassic Park and the creatures within it was GENIUS. His lead into the creation of the dinosaurs was thrilling, page turning, and mind-numbingly irresistible. Even though I knew what was coming (or at least I thought I knew) the build up to that eventual outcome was well worth the time spent reading.